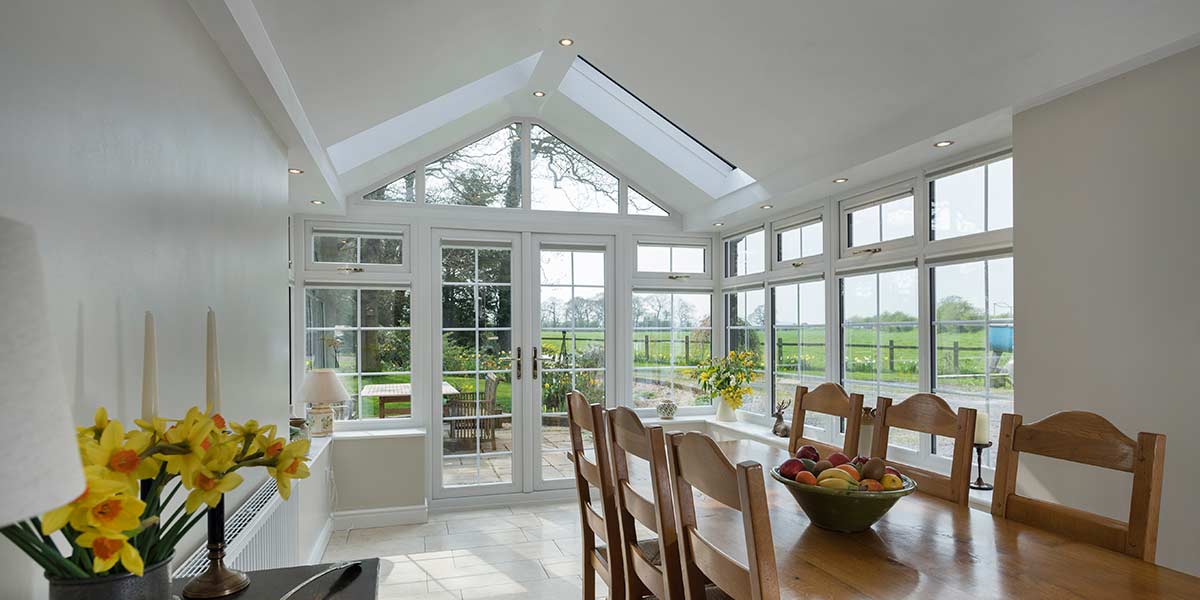 First things first, you should look at whether the glass in your conservatory needs replacing, especially if it is an older build. Glass which is used for windows now has a coating which makes window panes less prone to extreme temperatures, keeping conservatories cool in the summer by reflecting heat and warm in the winter by retaining heat. Modern windows use microscopically thin coatings, which then reflect the sun, stopping harmful UV rays from getting through.

Whilst you might be growing tired of the aluminium sliding doors your conservatory has had for 20+ years, you might find that building regulations stop you from replacing them. This is due to the impact it will have on the room’s thermal efficiency, meaning that a cold spot will form in your conservatory and increase your energy bills.

One solution you might consider to tackle this is replacing the roof. Whether you choose solid tiles or a combined glass and solid roof, turning your conservatory into a seamless and open plan part of your house can tackle this problem and make it a proper addition to your home, rather than just an add on.

Many older-built conservatories seem to be stuck in the year which they were erected, often thanks to the frame and window choices which were in trend back then. If you are considering updating your conservatory, then there are a number of things to think about. If you do decide to improve the roof, then why not consider also improve your wall frames to show brick, which will give it more of an extension look.

Around 10 years ago, the only conservatory frames you could choose from were white PVC or aluminium, whereas now you have plenty more choice. Keep the decor light and airy, so that the extension of your home into your garden is seamless and natural – you don’t want to have a dark space at the end of your home, as this will make it much less inviting.